Many pages will unceremoniously scrub and and even block whenever their message is threatened by visitors that offer correction to the poorly formed opinions upon which their brand is built.

We provide a “safe space” from dishonest “moderation” tactics that can result in countless man hours of time invested in debate vanishing on the whim of some page administrator that simply cannot handle nor afford for their audience to witness superior ideas.

We simply do not scrub nor block even the most inane nor questionable liberal drivel but for a very narrow set of rare exceptions.  And so far, the number that have been so absurd in their online conduct as to have qualified for getting banned by ODP can be counted on one hand! 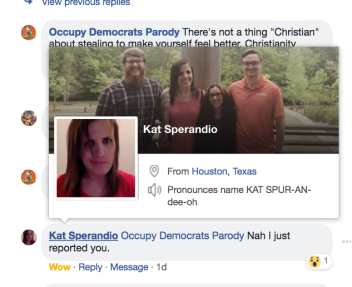 To date there are very few examples of ODP scrubbing and we have (at the time of this writing)  not ever yet blocked a guest from our Facebook page. We may exercise the FB provided option to HIDE comments (make them available ONLY to the view of the comment provider and THEIR list of friends) when…

1. A comment ranges well outside of what counts as protected free speech by inclusion of a call to violence or specific threat.  Or is indisputably beyond FB guidelines with respect to overly vulgar imagery that is sometimes deployed from a visitor’s “spank bank.”

2. A visitor makes a “hit and run” comment by someone that literally makes it impossible for ODP to provide response by THEIR action of BLOCKING ODP after a comment is made.*

3. A post contains personal information of any ODP staff that might expose members to the usual harassment tactics of threats, intimidation and violence that are all too routine for the militant and intolerant leftists.

4. Extreme personal attacks of another participant MAY also qualify if it abuses publicly visible personal information that doesn’t relate to an argument, but generally ONLY at request of the party suffering such an attack. 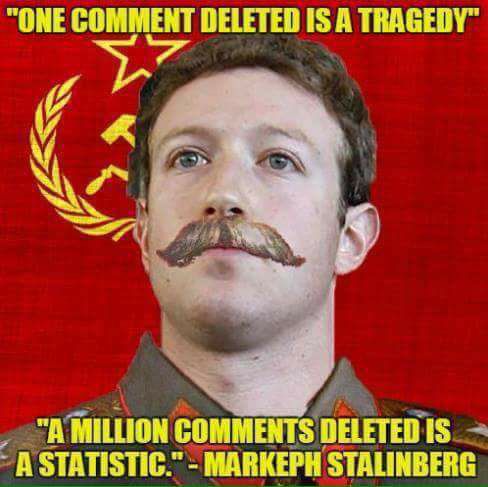 5. A post or PM that threatens to misrepresent our content and message to #FACEBOOK’s Message Control team for the purpose of getting “ODP shut down” or otherwise subject to the pattern of harassment they’ve deployed against conservative pages.

6. Repeated posts of multiple copies of the exact same MEME in the same thread amounts to spamming, and may be counted as a basis to be dismissed from future participation in the discussion on ODP.  Continual advocacy of Censorship on Social Media may also qualify as a form of “spamming,” and obviously those who believe in or make light of such insidious practices wouldn’t have a basis to complain about being on the other side of it.

7. In addition to the above Facebook policies detailed above, Twitter users that exhibit severe stalking behavior or that dedicate multiple days or even weeks to repeated estrogen hints at looming threats to  or mention of ODP admin and or their families will be blocked.

8. Other Twitter users may be summarily blocked when an individual member included in group Tweets in which they participate or reference is blocked for any of the reasons above.  Brand new accounts that appear to be a reincarnation of another user previously blocked may also be expelled from the #FREEEDUCATION offered by #ODP.  They are certainly welcome to connect with us on Facebook or here on our blog, and based on their participation there, may be invited back to our TWITTER feed.

9. Over-the-top libel directed at our brand like “you support pedophiles” will not be tolerated.  Whereas legal recourse is not always practical such nonsense earns a “time out” if not a permanent block by ODP.

*WHAT ARE “HIT AND RUN” COMMENTS?

If a comment is made in a Facebook thread and THEN the page admin is BLOCKED by the user, the strange architecture of FaceBook makes it impossible for the page administrator to offer answer from within the same thread nor under any other subthreads started by the party that BLOCKS our page.  When this happens a new comment will reference it, screen shots MAY be posted to reference the effected comment or comments, and ANY comments that cannot be given same-thread answers will be set as “Hidden” which renders it invisible to any but the offender or their set of FB friends.

If an offender grows up or finds enough courage to resume debate they may UNBLOCK us and then NOTIFY ODP to  have any such comments restored and met with answer.

Note that many dishonest sites exploit this feature to HIDE virtually ALL comments they do not like in such a way that the person making a comment will not even know until a 3rd party (not on friends list) attempts to find the same comment that  has been effectively wiped.  I’ve observed this tactic on Huffington Post and many other pages that make our list of “Liars of the Left.”

3 thoughts on “ODP’s No Scrub and No Block Policy”