SGTReport was among the finest and most useful channels on YouTube, and apparently their rational, calm and accurate description of the vile and desperate DeepState proved a real issue for the CIA controlled Google that has been actively suppressing the “you” in what used to be “YouTube.” 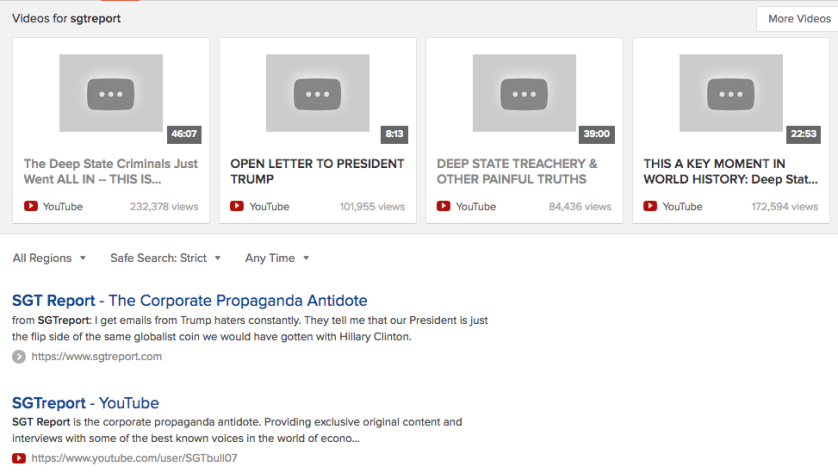 Clearly the criminals are desperate.  But it doesn’t mean they aren’t dangerous, and their authority over our speech via CIA-Google’s control over YouTube is certainly troubling.

Their last presentation of facts is apparently still available here on BITCHUTE.

SGTReport has been reinstated thanks to a massive outcry by “white hats” on Social Media.  But many victims are still waiting for theirs.