Truth is a much larger circle than “verifiable facts.” Leftists that embrace every last drop of #LIBTARDCONSPIRACYTHEORIES like “Russian Interference” based on ZERO evidence and that promote the opposite of facts make the #FOILHAT accusations a touch more than just #IRONIC! 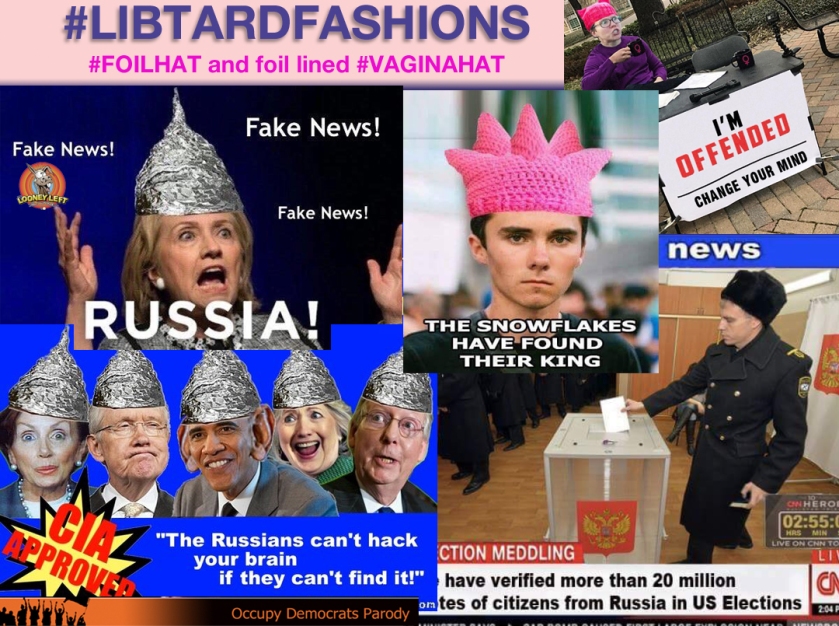 It is certainly fair and reasonable to question notions rather than lapping them up based on how well they resonate with preconceptions. And we all are likely guided somewhat by confirmation bias.

Just keep in mind that the great wall of truth is a lot larger than an individual’s couple of bricks worth of “verified facts.” And it’s just as poor a habit to summarily reject notions that register as “conspiracy theory” as it is to accept it without independent research and questioning.

When one explores the larger truth, experience and wisdom play a role in “connecting dots.” I will assert that my years of exploration of what you might discard as “conspiracy theory” began with a book by Craig Roberts I read in the 90’s. At the moment of initial awakening, I began to see patterns in events that previously seemed random and chaotic. The several decades to follow worth of following facts provide a lot more twinkling stars that shape the constellation that shapes my overall world view.

Even after performing many decades of analysis, offering immediately satisfying answers to new explorers barking “prove it” isn’t necessarily a simple matter. And so those in possession of wisdom rarely can describe the whole constellation of understanding all at once. We can merely point you to the dots to offer some guidance as you take your own journey. And without reading all the same books from cover to cover or otherwise exploring the same massive volumes of data that make up each dot, you’d not be expected to readily see the connections between all the dots.

Truth is bigger than what either of our best guesses, and the best guesses of informed opinions are much larger than the pieces of “verifiable fact” upon which they are based.

Apart from taking book recommendations from one another, I believe the best and fastest path to communicate a point of view is debate, and I also believe that debate is the highest form of communication, and it’s to the pursuit of truth that accelerates, I dedicate this brand and the free speech it promotes.