Democrats only lie all day and all night, but #BearingFalseWitness requires some scraping at the bottom of the Democrat barrel (or caldron.) 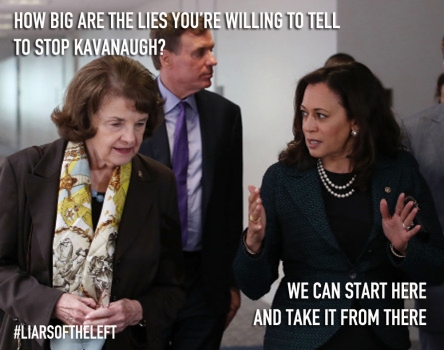 And so a letter that Feinstein held since July has been revealed as an insurance policy to be used “just in case” a Kavanaugh appointment wasn’t otherwise derailed by wild antics at preceding hearings.

In that letter contained unsubstantiated accusation against, not the man being evaluated for his nearly four decades of establishing a solid reputation based on rigidly honorable conduct in his professional, family and personal life, but a High School Kavanaugh who’s good scholastic and athletic performances might well have been balanced against some boyish behaviors.

Of course we are reminded that it’s “not a trial” but it certainly devolved into a Stalinesque Show Trial designed to destroy a man’s greatest asset, namely reputation.  And ordinarily some attention might be spent on the accuser’s own reputation when, absent any other evidence, that is the only basis upon which her testimony might be measured.

Now shortly before her emerging from a hole, all of her social media was dutifully scrubbed, and so we are largely left to take some guesses.  But we do have available her own appearance and testimony upon which some opinions might be based.  Here’s a conversation with a couple of observers, and one with training in psychology with specific expertise on survivors of sexual abuse and other aspects of trauma as they relate to memory and Christine Blasey Ford’s sworn testimony before Congress.

Now if there must be an “FBI Investigation” perhaps they can start by knocking on Mark Zuckerberg’s door to request access to her Social Media accounts which should confirm what many already know, that Kavanaugh is owed at an apology and to be confirmed as our next Supreme Court Justice.

Today we learn that Christine literally taught or teaches new CIA recruits how to take and fake lie detector tests.  And her own test results tell their own story and otherwise has deep ties to the CIA in addition to her known connection to FBI and Strzok. 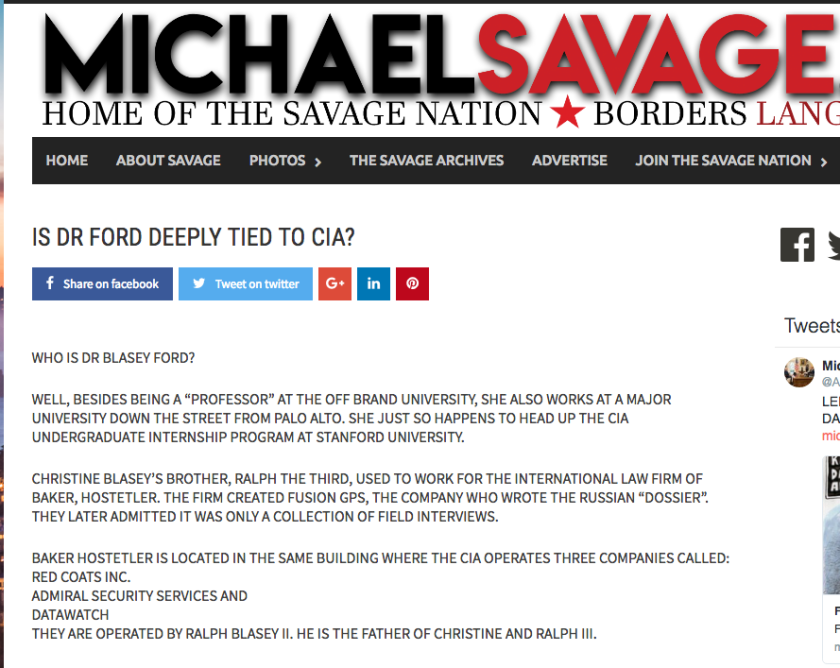 Some might find her dad’s career with the CIA to be interesting too!

Per former CIA, Christine Blasey Ford isn’t just “a liar,” but “a puppet.” 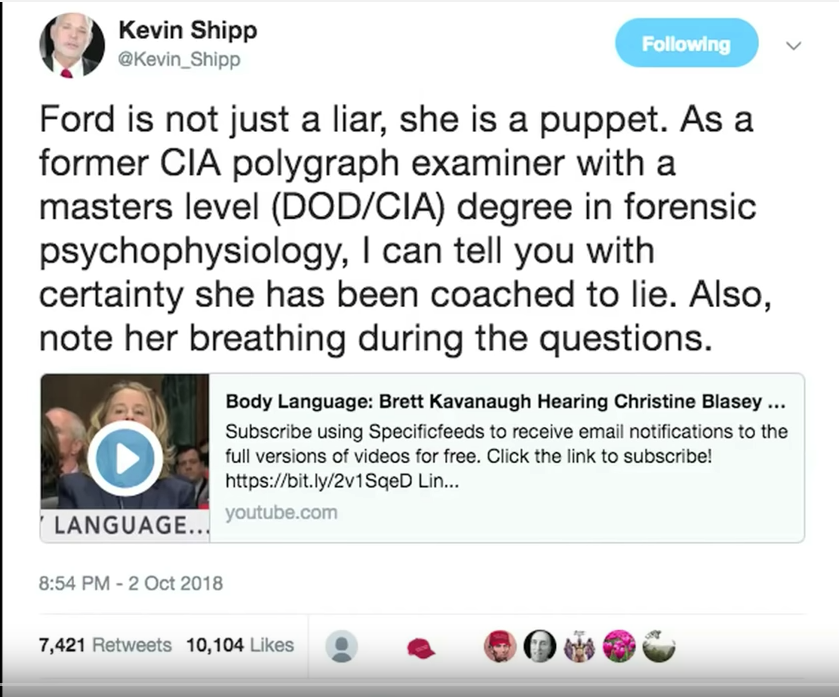 On the Palo Alto University where she teaches