A well known PhD and best selling author Dr. Michael Savage has promoted a notion that “Liberalism is a Mental Disorder. ” This has become a core central message to his large talk radio audience and it was even extended to the title of one of his many popular written works. 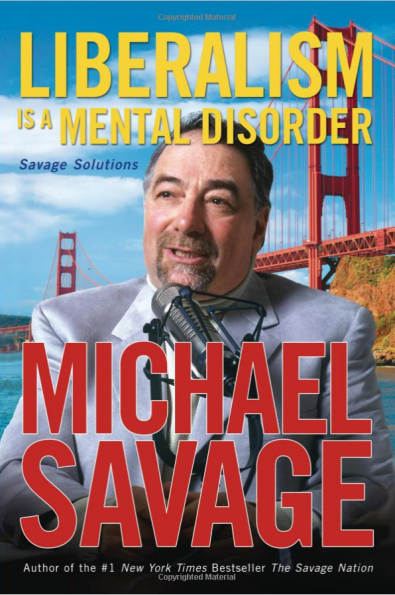 On the surface, this language might have been dismissed as a deployment of sharp and cutting ad hominem.  Just a wild insult used as a tool to marginalize a very large group by painting with a broad brush.  Yet with the help of an emerging mass hysteria of the left this whole #LiberalismIsAMentalDisorder notion is becoming more widely embraced as a profound and irrefutable truth.

It’s understandable that some might be reluctant to accept such notions without accompanying evidence.  And there may be none better than a quick exploration of the what might be called “The Democrat Personality.”

The dominant features of today’s Democrats are narcissism and sociopathy.  There is also accompanying elements of derangement and chronic depression.  And so we’ll review each of these and make the case as to how these are rather unique to the overall mental disorder of liberalism that defines their chosen party.

Narcissism has become so common in leftists, that there was even a petition to remove this condition from the P.D.M. (Psychiatric Diagnostics Manual) with an argument that was too wide spread to be counted as “a disorder.”  Some of the more discerning realize that this desperate attempt was really just to help Democrats pretend they are “normal.”

The Democrat mind will readily embrace what some experts call “novel ideas” that defy conventional wisdom but might be attached to pleasing notions about a big “solution” they might help force on others for what they might believe a “betterment of humanity.” 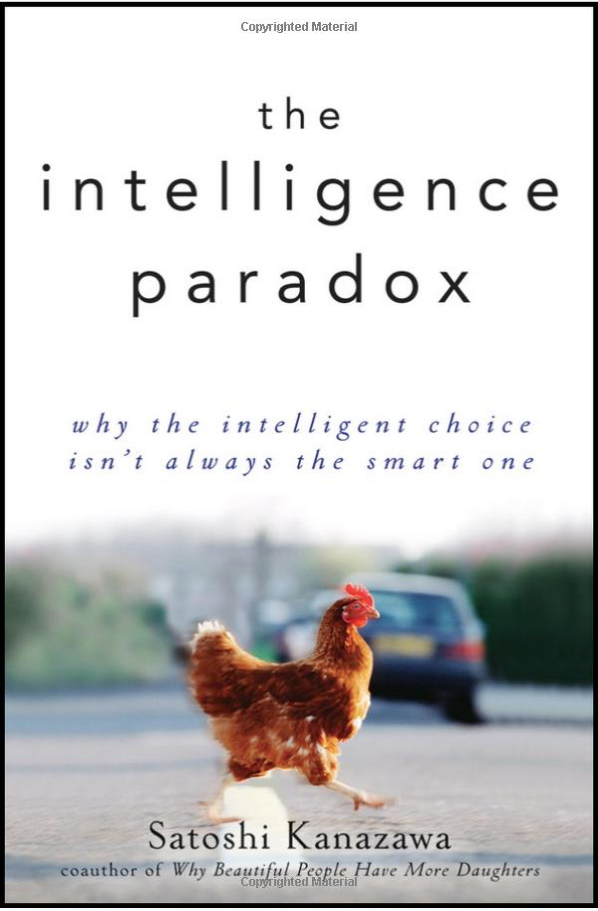 Beyond the forceful will they plan to impose,  their narcissism also factors in when a newly embraced “truth” spoon fed to them or otherwise adopted that very morning now immediately becomes something that absolutely everyone must believe,  fully embrace and right now!  Even the most mild contradiction experienced later that same day in the form of a raised eyebrow wouldn’t just be “wrong,” but a form of “aggression” against them or whatever group they now presume to represent.  And so the absurd concept of so-called “microaggression” serves as evidence of a deep narcissism in those “triggered” by imaginary “thought crimes” that are, when processed through their grossly exaggerated self importance, are construed as some sort of “violence” against them.

Many Kindergarten teachers in our schools are readily able to identify the pattern of thinking that makes a future Democrat, and these can correctly identify the children having their first days at school after the period of nurture by an available mother from those experiencing a continuation from an earlier enrollment in the institutionalized setting described as day care or more euphemistically as “pre-school.”

Their underlying narcissism is not always expressed by the daycare raised child in overtly unpleasant behavior, but, as they came from an environment where they had to compete for every bit of attention, they are noticeably more competitive and a bit less empathetic to their fellow classmates.

As public school shifts from a focus on individual worth based on achievements and tangible merit to repair the damaged egos of day care “orphans,” participation prizes and other empty measures to indulge false esteem exacerbate and spread a problem.

Liberal children that once spread the content of loaded diaper upon surrounding walls to get attention gradually move onto more sophisticated routines to get noticed.  And as we know all too well, others do not. 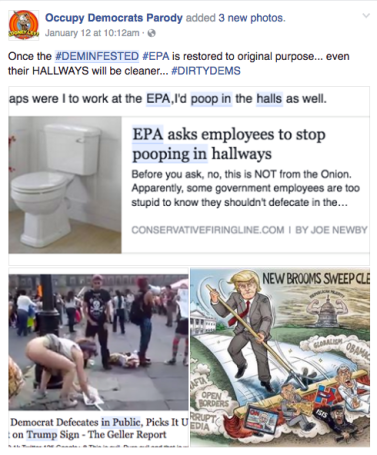 While they will project their own Narcissism onto a wide variety of “enemies” defined by an ever broadening range of “slights” against them, they will also actively choose others that remind them of themselves for leadership.  And so extremely super narcissists are the first pick when they are asked to choose political leaders by voting or otherwise.

And as many have learned through extremely unfortunate experience, a relationship with any of these narcissists are invariably abusive relationships:

The Democrat personality expresses “caring” for others primarily through the tools they are provided by those who help them form every last detail of their cookie cutter opinion.  This is what some of us have come to know as the “Virtue Signal,”

As part of the abusive gaslighting behaviors of the Sociopathic leftist, it’s important to distract others from their own hateful attitudes and conduct by claiming a false “higher ground” by grandstanding their imaginary hero work for “the oppressed” the pretend to love as a distraction from the very real work they are doing in attacking whatever victims they declare “oppressors.”

Psychiatry is a field that’s generously filled with some professionals with some problems of their own.  Ever since the massive triggering that began with a surprising election outcome a couple Novembers ago, the narcissistic left are so emotionally out of sorts that what many are calling Trump Derangement Syndrome is dominating the modern psychiatric professional’s caseload.

Patients that once whined about the bad uncle, abusive mother, deranged sister, or errant sons and daughters now run out their sessions venting their ongoing trauma about an election that didn’t go their way.  All the irrational squealing from the psychiatrist’s couch, “Trump! Trump! Trump!” must be a bit much for the professionals to endure since many are suffering through what we can only hope be a somewhat more mild case of their own TDS.

Many studies reveal that liberals are generally more depressed than conservatives.  Even during the horrible tragedy of Obamanation, most leftists were still basically miserable, and apart from those most victimized by Obama’s wrecking ball policies and by the activation of a profound hatred directed towards them, conservatives generally wore some smiles and maintained a sense of humor and overall happy outlook.

Once the profound renunciation of all that destruction was expressed in a the ascent of a President Trump, leftists that were already pretty depressed, became completely unglued.

College Professors gave students a day to grieve and administrators offered Play-doh and squeeze toys to “adult” students suffering reactions that might be deemed reasonable only to a war veteran who had their best friend’s brains splattered all over their uniform in a hellish war scenario.

Every day since, each TWEET delivered by the President amounts to reliving all of their big “horror” again, and again, day after day.

Many take old habits to heightened levels and disconnect via indulgence in drugs like marijuana and prescription anti-depressants and become even more disconnected from their surrounding and that most horrible “reality” of “NAZIs, Klansmen, Burning Crosses” marching back and forth between their ears!

At a recent Imagine Dragon’s concert, their front man Dan Reynolds finished by calling attention to chronic depression and the seriousness of it.  He recommended those suffering it who could afford treatment, to seek it out.  He also added that he too had suffered from this and had undergone professional help.  Apparently the combination of that and however million adoring fans may have helped him recover from some of it.

But at that moment it struck me.  There’s a deep interconnectedness between liberalism and chronic depression.  And perhaps we should all come to realize that compassion is very much a big part of an appropriate collective response.  So we really have two disorders that need to be addressed together.  There’s simply no way to treat chronic depression without also offering treatment to the underlying mental condition known as liberalism and vice versa.

This also means that curing chronic depression together with liberalism will deliver more prosperity, longevity, and good health (mentally and physically) that the rest of us will ultimately gain as an immediate reward for finding the cure!

As if often the case, what is apparent to many of us by our own observations ultimately are proven out with scientific research. And this recent study proves that the leftist brain is many times more likely to otherwise suffer from conventional forms of mental illness.

And returning to the sociopathy that is one of the two dominant features of the Democrat Personality, it’s particularly evident in their “empathy” when it comes to the “unvaccinated” that they’ve been programmed to hate.

3 thoughts on “The Democrat Personality”