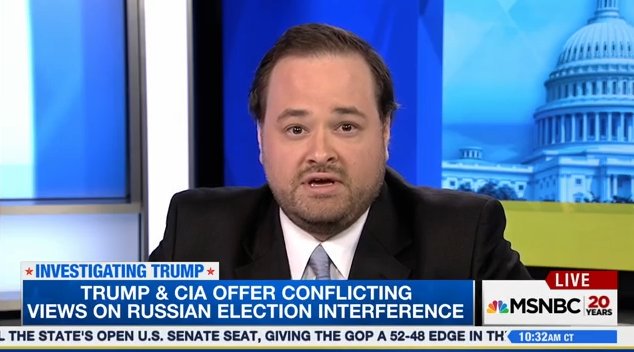 A regular fixture of Democrat run media, little Scotty Dworkin, aka “Dwarfkin” self identifies as a “Democrat Strategist.” His daily rants on Social Media fill the time when he’s not perched precariously atop what we can only assume must be a specially modified stool to appear level with his media accomplices on most every television network apart from Fox and especially on the home of “Shrill Madcow”, MSNBC.

Whereas an impressive following on Twitter and Facebook would suggest some notoriety, his name doesn’t appear to rate a page on Wikipedia. And our own question about whether he might be an unwanted son of the late Andrea Dworkin, who apparently has earned her own Wikipedia page, had not yet been answered.

Before the miraculous victory in November of 2016 Dworkin worked as an Obama liaison and fumbled around with various small Democrat political campaigns. But once his master Soros lost 2016, Dworkin took on a new persona as rather rabid purse-dog of a “man” that appears to be cradled tightly in Soros’ own meticulously crafted handbag.

As much as he may seem of little use, Dworkin serves as a barometer of sorts. On any days that he’s particularly yippie you can be sure it means that MAGA achieved another big win. On other moments when he’s gloating and smug, you can be sure that the party of crime he aids and abets had pulled off another heist.

Fortunately most of the news has been good and poor Dwarkin has spent most of nearly 3 years at the “top of his game.”

One would have to assume all the yipping and hyperventilating have left the man rather exhausted after 30 months.