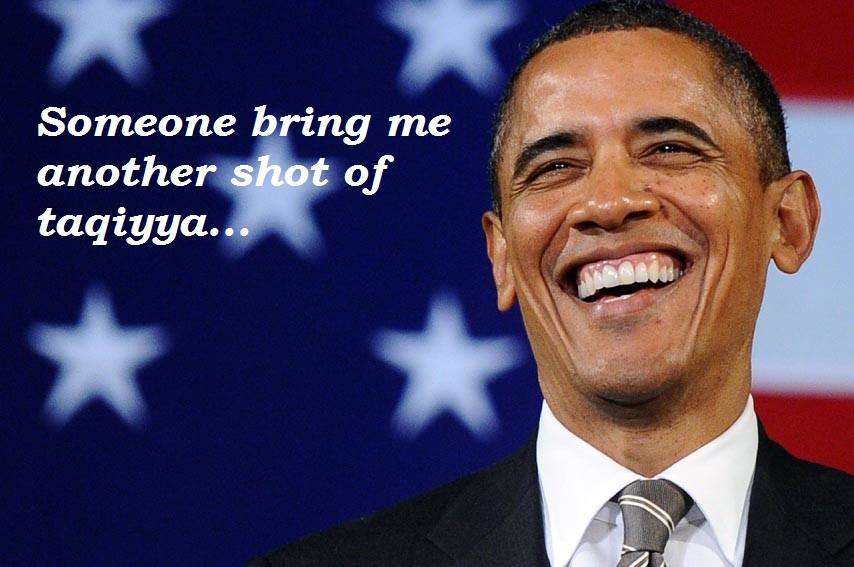 When the American Left was still just getting started they openly described their own version of the Islamic tradition of Taqiyya, a specific state of circumstances where lying and deception were permitted if not encouraged by the Quran, as “lying for justice.”

Whereas it didn’t require much adjustment for the average leftist to make lying more of a daily habit, the result of constant practice has engrained this so deeply into the psyche of the leftist mind, that the pronouncement of any form of truth requires a special, conscious and typically uncomfortable effort.

At a deeper level, even the darkest aspects of a human soul rather want to be acknowledged, and so the leftist mind will sometimes let loose with profound and truthful expressions that whatever “public relations” advocates in their social network might rather see them withhold.

These micro-blurbs historically been described as Freudian slips, and are often dismissed by allies as “gaffes” and “misspeaking,” while many others of these revelations are packaged as projections, where they can simultaneously spill beans on an inner ugliness while assigning blame to an adversary.

The more hardened Marxist minds will present these ugly truths about themselves without much concern for packaging, as they’ve developed a sick pride in “getting away” with something, and can also rely on their allies to cheer them on while they openly boast about horrible thoughts and even crimes freshly committed.

So be prepared to see much more of this boasting about “stolen election” and a generous sharing of the real purpose served by the warm carcass foot-in-door that Biden serves to deliver the payload of the left-of-Bernie Kamala Devi Harris to be “installed” as the 47th President if they manage to keep the election rigged.

Some believe the “ends justify the means” approach of the left to follow Machiavelli’s “The Prince,”

…but they’re approach is better aligned to and more accurately described in Rules for Radicals by their Saul Alinsky. And the liberal hive mind inspired by his doctrine often prioritizes boasting over strategy.

And another apparent example of boasting/gloating variety comes in.

Once the former Governor Brown thought he was “done with politics,” he boasted about all the lying he had done on live television. Of course his base was kept so ignorant by lying media, that he comfortably ran and won another term as Governor of California many years later.

The above content now also available as a video presentation.

One thought on ““Honesty” of The Left”