Angel Island is a beautiful island and tourist hot spot in the middle of the San Francisco Bay.  On the tour you’ll discover that this shared something in common with another SF Bay island and popular tourist attraction.

You see, the prolonged stays on this island were not voluntary, and many were kept isolated from family in what amounted to a sort of prison without bars.

The purpose of these stays was to avoid importation of infectious diseases that were considered a possible threat to the US population.  Great care was taken to quarantine new arrivals to ensure they were in good health before releasing these new American immigrants into the general population.

Obviously attitudes have changed, and prolonged containment of new arrivals have been abandoned.  But still structured immigration gives the nation some time to make decisions based on contagious threats.

During the long 8 years of #OBAMANATION the the White House played an active role in the dismantling of good policy, and even the rule of law.  States that attempted to pick up slack were literally sued for their own efforts to enforce Federal Law.

The crisis of what were euphemistically called “unaccompanied minors” happened just months before the infamous measles outbreak at Disneyland in Southern California. 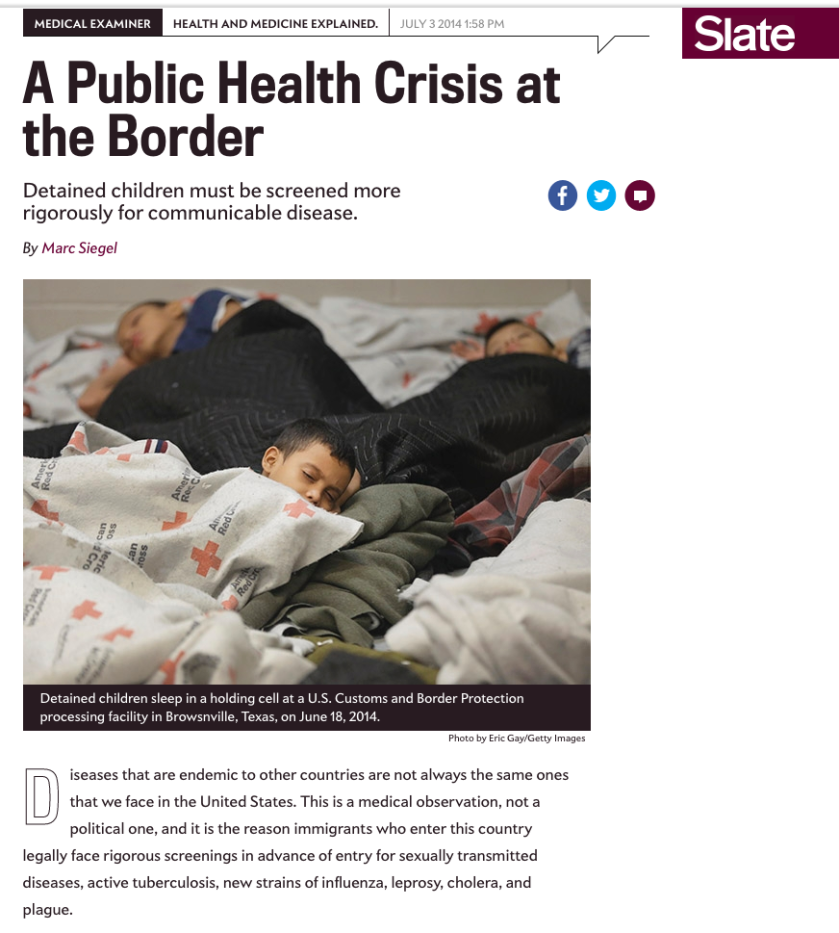 Of course the message control specialists redirected attention to a “bigger threat” of so-called “anti-vaxers” and seized the news as opportunity to help the most vile of politicians, like California Senator Dr. Richard Pan pass unprecedented vaccination mandates.

Without going into the separate subject of vaccination, it couldn’t be any more clear that Obama’s Immigration “Policy” (lawlessness) result in the reemergence and spread of diseases previously removed from the United States. 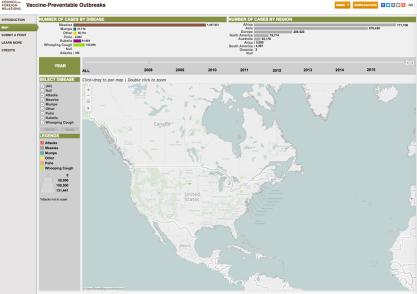 The above two maps were from a handy interactive previously available on CFR’s own website.  On the left we see 2008, prior to the Obama Inauguration. The right is 2014. You’ll note that Obama’s first 5 years was characterized by the spread of disease.

Note that this CFR map only discusses what they call “vaccine preventable” diseases.  So TB won’t appear on the map.  Also the additional spread through 2015 and 2016 will require some separate research.  The CFR has apparently decided this interactive tool in the “wrong hands” could be leveraged to expose this corrupt organization’s globalist  agenda.  When I clicked in on the same link today, I realized that I’d not be given the chance to grab those screen shots, and an “incident” was generated for my having the nerve to even try.

Starbucks made their own personal commitment to hire the hoards of #PHONYREFUGEES already invited as a last stab in the back to America while Obama was transitioning to his new responsibilities as a central figure in the #RESIST sedition plot.  Others have cited reasonable concerns about those with malicious intentions given access to America’s largest single provider of coffee beverages.

Making a long story short, disease prevention was very much a factor in immigration policy.  Obama turned that around and recklessly or willfully delivered America to a different kind of “melting pot” already now simmering with a stew of new and old diseases.  Now we have the opportunity to undo all that “policy” of lawlessness, and with adequate diligence may save our country from the plague of unstructured immigration.

One thought on “Immigration and Disease”