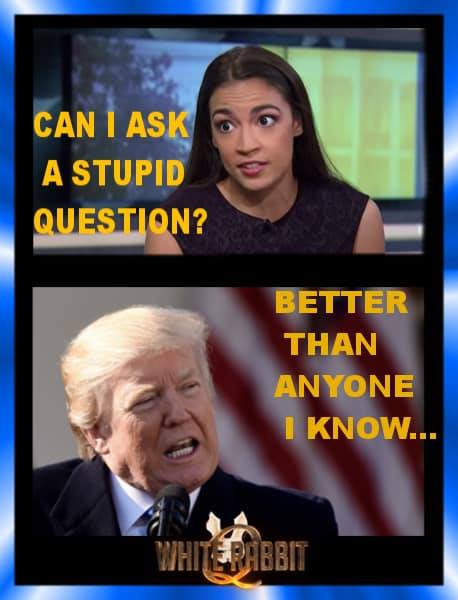 The left is basically programmed to ascribe any sensible concerns about unfiltered mass immigration, or a wide variety of other issues to some sort of “fears” that are disconnected from the rationality and logic their narcissism informs guides only “liberal” or “leftist” thoughts.

Whereas much time is spent on our suppressed FaceBook page on the great many concerns, some of our more dedicated trolls still genuinely seem bewildered that anyone would have anything bad to say about “caravans” and whatever else might hop, jump or crawl across an open border.

END_OF_DOCUMENT_TOKEN_TO_BE_REPLACED 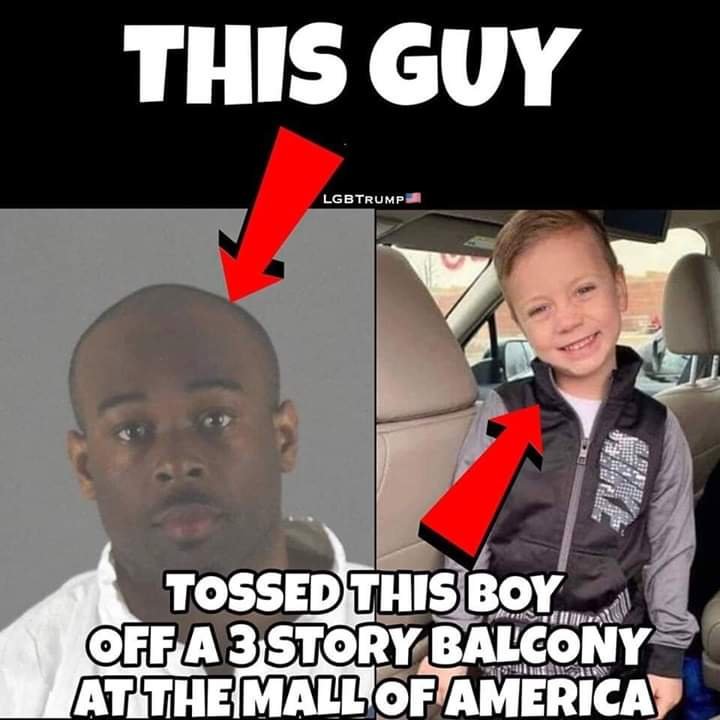 Democrats know that they cannot win a war against Americans without first outnumbering us. And while conservative America was largely asleep that’s exactly what they set out to do.

END_OF_DOCUMENT_TOKEN_TO_BE_REPLACED

In just a few hours a labor of two centuries is consumed by flames. While children of France weep for the most important and long standing structure ever to grace the Parisian landscape, an alien culture shows precious little concern for concealing a very different attitude about the unfolding spectacle of fire.

END_OF_DOCUMENT_TOKEN_TO_BE_REPLACED 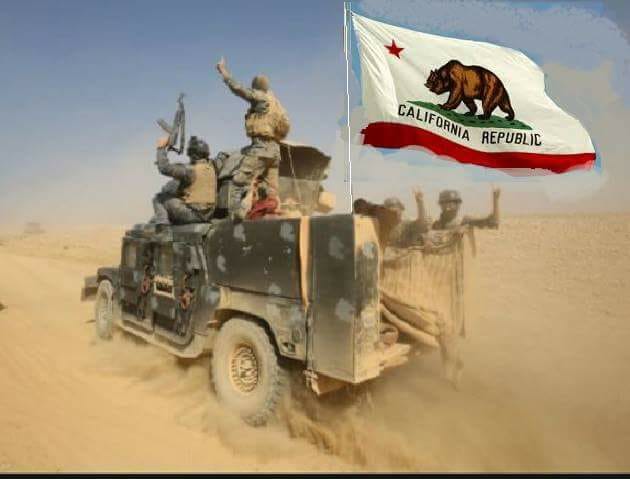 This following email has been widely circulated. The stats presented have not been verified but the original email is presented in its entirety for the purpose of discussion.

LARGEST INSANE ASYLUM IN THE WORLD

Interesting that the LA Times did this.  All the others are staying away from it.   Whether you are a Democrat or Republican, this should be of great interest to you!

Just One State – be sure and read the last part…

This is only one State… If this doesn’t open your eyes, nothing will!

From the LA. Times:

1.   40% of all workers   in LA County (10.2 million people) are working for cash; and not paying taxes.  This is because they are predominantly illegal immigrants, working without a green card.  (Donald Trump was right)

END_OF_DOCUMENT_TOKEN_TO_BE_REPLACED 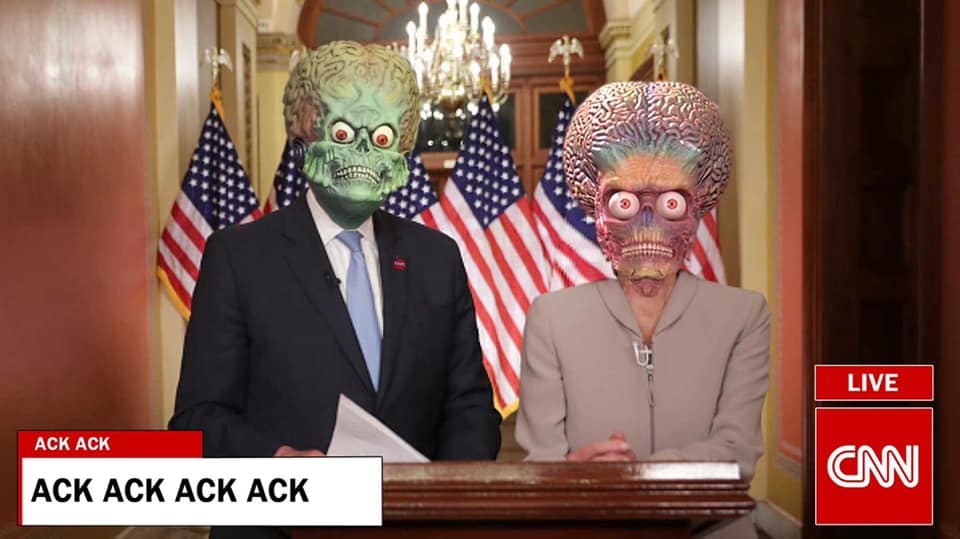 Pelosi leveraged her restored grip on gavel to “unvite” the President from the traditional State of the Union Address scheduled for January 29. In spite of statements to the contrary by Secret Service and Homeland Security, she asserted that the government shutdown might make securing the safety of the SOTU a unique challenge. She also invited the President to submit his address in writing!

The newly restored Speaker Pelosi had previously made clear her firm stand against her Constitutional responsibilities on border security when she dug in her heals with “not one penny” of budgeting for the Border Wall that had been promised by both parties since and before Ronald Reagan made his own deal with Democrat devils more than 3 decades ago.

END_OF_DOCUMENT_TOKEN_TO_BE_REPLACED

Democrat leaders were previously on record with a firm show of support of secure borders and legal structured immigration. Today many of these same leaders make a mockery of Representative Government as Pelosi and other twits dig their pointy heels in on an untenable open borders stance.

END_OF_DOCUMENT_TOKEN_TO_BE_REPLACED

However long standing an American tradition, it must of course give way to embrace alien cultures.  Obama had reportedly dragged in a full third of Somali’s population as “refugees,” and delivered many of these to punish the mostly Scandinavian immigrant population that was previously dominant and quite comfortable in the cold state of Minnesota.

END_OF_DOCUMENT_TOKEN_TO_BE_REPLACED

There’s an important story behind the so-called “caravan” of “migrants” or “asylum seekers,” the complicit propagandists will have you believe are “escaping” to America for “a better life.”

END_OF_DOCUMENT_TOKEN_TO_BE_REPLACED

Marxist activists posing as “judges” infest our courts.  Many are Obama and Clinton appointees that put ideology first, and any concern for Constitution and judicial integrity dead last.

Most recently we have U.S. District Judge Timothy J. Kelly stretching an absurd ruling to impose restoration of an open invitation to the White House via “Press Pass” to the notoriously bad behaving bully Jim Acosta who even CNN’s own Larry King recognized a unfit to be counted a “journalist’ and otherwise.

END_OF_DOCUMENT_TOKEN_TO_BE_REPLACED 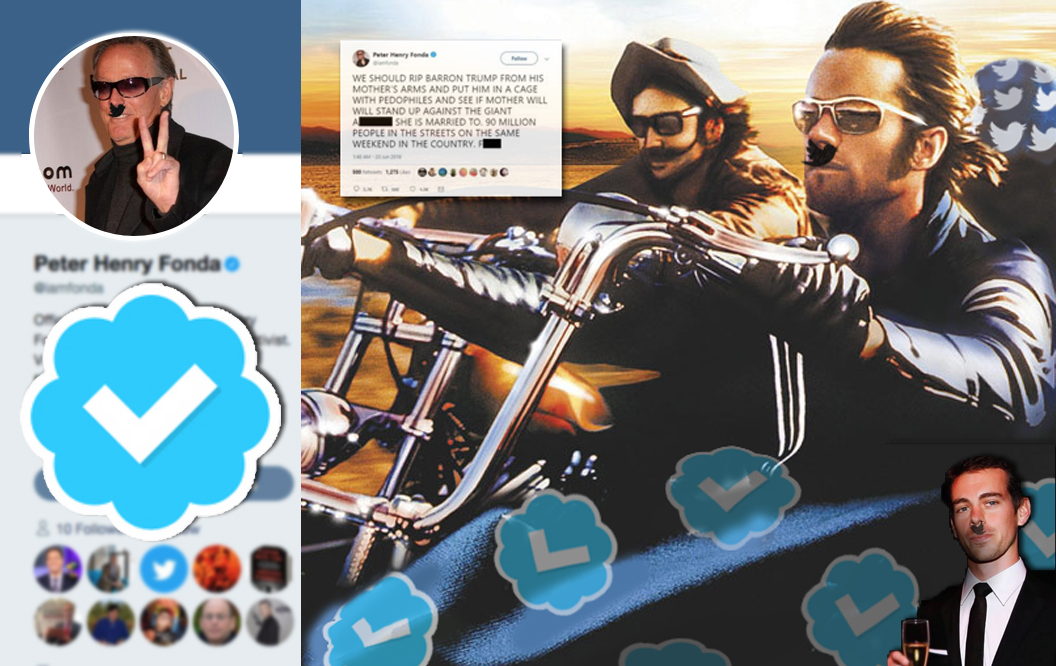 While countless accounts are deleted on Twitter without warning, many who had qualified for, and been denied the coveted “blue checkmark,” it seems they’re handed out rather generously to accounts that not only defy the written version of Twitter’s “terms of service,” but that spew hatred towards children that couldn’t possibly be imagined as any form of legitimate “free speech.”

The insidious “activist” Peter Henry Fonda is certainly no exception.  He later feigned an “apology” for a tweet that literally incites violence against Trump’s sweet young son Barron to show how much he’s “cares” for and is otherwise “Fonda” the children.  He even went so far as to wish Swamp Hollywood’s pastime of pedophilia on Barron which was, in his subsequent “so sorry,” downplayed as a mere “vulgarity.”

And as far as I can tell, his account which is Twitter verified and also followed by some of the most nefarious names inclusive of “meathead” Rob Reiner (@nobrainer) is still up, operating, and still adorned with the magical Twitter “blue checkmark” endorsement.

Well, at least we can guess why that checkmark is “blue.”  And I suppose now we know what kind of attitude and online conduct is required to convince @Jack we’re worthy of that coveted Twitter seal of approval.