The first chapters of Yuval Noah Hariri’s “Sapiens” are rich with a detailed and highly intriguing account of the origins of humanity. A gripping story of a more biologically driven mankind that, per Harari’s blending of research and speculation, preceded what he describes as a “cognitive revolution,” unravels some of the puzzle of our early interactions and even interbreeding with the Neanderthals that shared our world and our hunter gatherer lifestyle that Yuval appears to embrace as a more nostalgic and “sustainable” past.

END_OF_DOCUMENT_TOKEN_TO_BE_REPLACED

The incremental push to legalize marijuana might seem, on the surface, and particularly to Libertarians as a positive. Most have evolved to regard the “weed,” related plants and all of its derivatives as medicinal, healthful, and a superior way to “chill” than alcohol.

Alex Berenson embraced many if not all of the notions above, but ultimately found himself on a journey of discovery that brought him to unexpected and profound realizations. I had first heard Alex speak of his new book on Dr. Michael Savage’s program, and was rather surprised by his assertions that young users under 25 were vulnerable to serious long term health consequences including schizophrenia and bipolar disorders.

END_OF_DOCUMENT_TOKEN_TO_BE_REPLACED 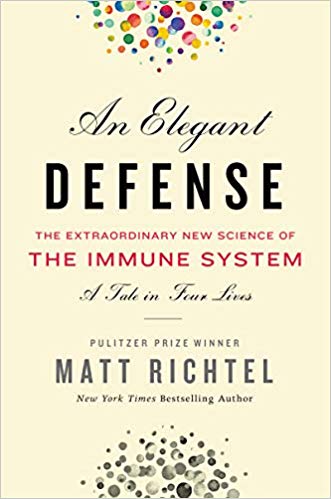 On a recent broadcast of Dr. Michael Savage, a seemingly sharp and sensible NY Times writer was given opportunity to promote his new book on immunology. Dr. Savage is greatly interested and seemed very pleased for the chance to host a discussion on a field that’s very much aligned with his own interest and expertise.

The author, Mr. Matt Richtel, began with a story of a personal friend whom was among the first to experience a significant remission in an otherwise fatal cancer, by defeating cancer’s dirty trick that ordinarily sends “stand down” signals to an immune system that might otherwise attack most any abnormal tissue.

Now he did also caution that the immune system can be something of a pandoras box, and unleashing its powers can also be a dangerous business. The combination of his interesting statements and Dr. Savage’s introduction, definitely had me keenly interested in their conversation and ultimately left me with a desire to learn more. And who wouldn’t want to learn of a possible tweak to turn our own immune system to defeat cancer?

END_OF_DOCUMENT_TOKEN_TO_BE_REPLACED

Stephen King loves to lift his own scary genre from the pages by his unabashed support of real world horror delivered by Democrat policy. But a new author, Nick Sky, delivers a zombie apocalypse to readers on 45’s terms!

Mr. Sky’s grotesque imagination is paired with wicked humor to deliver a gripping tale that will delight zombie enthusiasts, and they may even find themselves tempted to read a particular chapter to their children as a bed time story.

END_OF_DOCUMENT_TOKEN_TO_BE_REPLACED

In the spirit of “know your enemy” I decided to give this one a thorough cover to cover read during the course of a recent international trip.

Staying true to the hard leftist attitudes, Alinsky’s most celebrated writing begins with his infamous dedication of this writing to Lucifer. 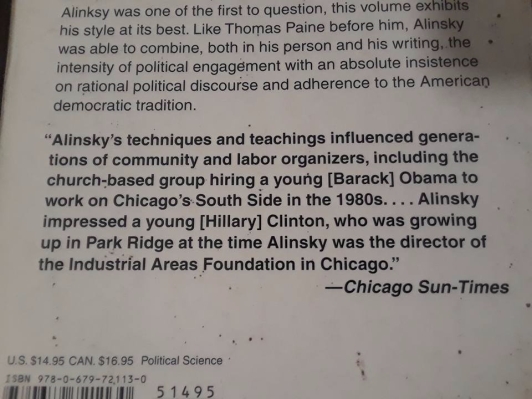 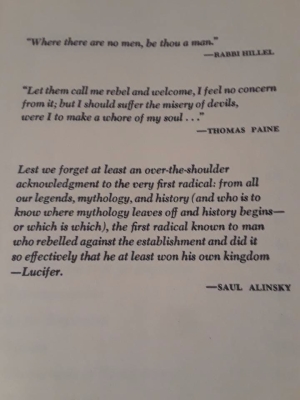 I certainly did not like the dishonesty of his tactics to promote grievance culture.  Alinsky reveals how he basically lies and cheats to rattle chains.  And his “great work” of antics and often vulgar tactics helped to convert semi-appreciative welfare dependent blacks from an attitude of… “Well, you can’t complain if you didn’t pay for it” to self righteousness, indignation and rage against the very Americans paying their bills.

The main takeaways were…

1. Alinsky acknowledges that tyranny is required “at first” to bring the “change” he assumes his readers desire. He makes no effort to address this concern other than to jest that yet ANOTHER revolution might be in order if power isn’t magically given back to “the people.”

2. The power of ridicule shouldn’t be underestimated. And of course I find easy to ridicule lefties. They line up the jokes and I deliver the punchlines. 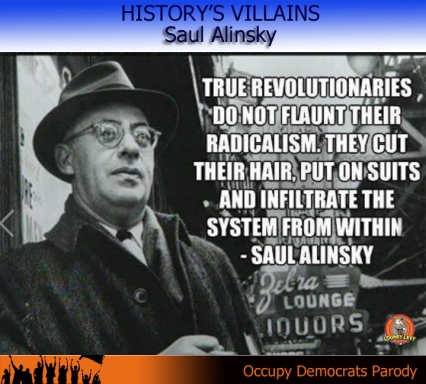